Having One's Cake And Eating It: The Catholic Education Service Is At It Again 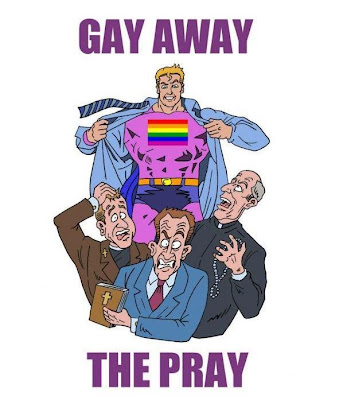 You would honestly have a point if you were to say that Catholics across the globe seem to genuinely enjoy courting controversy.

Just a few days ago the Vatican promised to “crack down” on “radical feminist” nuns in America.[1] How are they being radical, you might ask? Oh, you know, just suggesting that homosexuality is actually okay.[2] ‘Radical’ things like that. And last month you had the Pope declaring that Marxism “no longer corresponds to reality”.[3] This from a man in a dress and a hat who talks to imaginary men in the sky; the irony is almost palpable.

But here in the UK the local Catholics seem to think that they cannot let the Vatican have all the fun. At least that is what I think is the Catholic Education Services’ reasoning behind encouraging children attending faith schools in England and Wales to sign a petition against gay marriage.[4] Specifically, this petition, one that as of writing has 469,121 signatures and which claims that:

“Throughout history and in virtually all human societies marriage has always been the union of a man and a woman. Marriage reflects the complementary natures of men and women. Although death and divorce may prevent it, the evidence shows that children do best with a married mother and a father.”[5]

We’re talking about a petition with some serious logical fallacies on the go here, people. Throughout history people also kept slaves. And burned witches. I suppose we should start a petition to encourage everyone to hold to those timeless classics as well.

The backers of this petition are using the same outdated, flawed dogmas those who would see homosexuals relegated to second-class citizenship always use, wherever they are in the world. Step up to the plate Bigot-Robe-Dudes (aka. Archbishops) Vincent Nichols and Peter Smith as our example of such silly attitudes and ideas, who state in their letter to faith schools:

“A change in the law would gradually and inevitably transform society’s understanding of the purpose of marriage. It would reduce it just to the commitment of the two people involved.”[6]

Oh look everyone, it’s our old friend the Slippery Slope Fallacy. Gay marriage would cause some catastrophic shift away from the ‘sanctity of marriage’? Where have I heard this one before? At least Nichols and Smith do not claim that gay marriage would lead to people marrying their dogs/children/toasters like some of their fellows on the anti-gay side of the fence do. Case and point Lisa Severine Nolland of Core Issues Trust, the group you may remember trying to get Ex-Gay propaganda smeared across London buses earlier this month.[7]

The reaction from the other side of the fence (my side of the fence, if that was not abundantly clear already) has been swift; the British Humanist Association has condemned the move by the CES and argued that it violates several sections of the 1996 Education Act. The Welsh Government has also stepped up to the plate, promising an investigation into the whole debacle and urging Westminster to do the same.[8] Go on yourselves, Wales.

The CES (and by extension the Catholic Church) and their meddling in the lives of schoolchildren is a very serious issue. It may be faith schools that they are taking advantage of, but do not forget that many of these schools receive government funding.[9] Your taxes are going to help fund schools that allow celibate priests to tell children to campaign against homosexuality.

And yes, that is what they are doing. Let’s make that clear. This is an anti-gay campaign, no matter what spin the CES try to put on it. And spin they are indeed trying to generate; one of their spokeswomen has already said that:

“We said that schools might like to consider using this [letter] in assemblies or in class teaching. We said people might want to consider asking pupils and parents if they might want to sign the petition. It's really important that no school discriminates against any member of the school community.”[10]

Well, alright then. Two can play at this game. Suppose that I merely suggest that the Catholic Church is a horrific, monolithic religious entity that is a great source of hatred and abuse in this world, responsible for untold suffering in Africa and guilty of covering up more child abusers than we will probably ever know about? Suppose that I merely suggest that faith schools have no place in modern society, and should immediately be banned?

That’s not an anti-Catholic statement by your logic, so you cannot get offended.