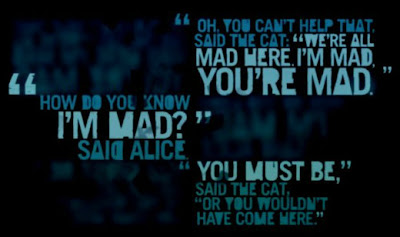 Responses to the attacks in Boston that occurred this week are already pouring in, and it’s genuinely heart-warming to see the vast majority of people united in support of the victims of this event. We search for answers, for an explanation for this seemingly unexplainable act of violence upon innocent lives.

But there’s a small but vocal minority who say they’ve already got the answer.

If you’ve not yet heard of this particular conspiracy theory (you lucky bastard, you) then let me give you a quick rundown. It tends to pop up in the wake of attacks like Boston or Sandy Hook, proclaiming that the event was staged and the apparent victims are in fact actors hired by the guv’mint/Jews/aliens/New World Order (delete as appropriate). Advocates tend to pour over the many images of these events, grabbing the occasional one where a person in it looks vaguely similar to someone else before proclaiming “LOOK, LOOK THEY’RE AN ACTOR! THEY’RE LYING TO US, GUIZ!”

DallasGoldBug, founder of conspiracy website Wellaware1 and big fan of this blog (going by his comments on this post, anyway), has already been hard at work pouring over images of this tragic event in a desperate attempt to compartmentalise it into his world view of ‘every accident or attack that happens ever is the work of some conspiracy’. I don’t wish to single him out, however, for he’s not the only proponent of this theory out there. Thus rather than make this post an attack piece on one single conspiracy theorist, which just seems petty and more than a little mean, I’d like to instead provide four responses to the theory as a whole in an attempt to demonstrate why it really doesn’t make any sense.

So strap your bullshit protection masks on, guys, and let’s wade neck-deep into this malarkey.

1. They would not hire easily-recognisable public figures
I have several friends who are aspiring actors. You’ve never heard of them: the few things they’ve been in are student productions or small theatrical performances during the Edinburgh Fringe. Nonetheless, they’re extremely talented and have a lot of experience with their chosen vocation. It’s just that they’ve never managed to find their ‘big break’ yet.

The scene is very similar across the pond; Los Angeles is filled to the brim with would-be actors and stars, people desperate for a chance at fame and prestige. The life of a starving artist is a difficult one, however. Paying bills and living expenses when you have little frequent sources of income is hard, and I’d imagine there’s plenty of these very talented but unknown actors desperate enough to take whatever work is offered to them.

What I’m saying is, if I were in charge of a conspiracy that stages hoax tragedies, I’d hire people you’ve never seen before. It just makes sense.

Why, then, do the actors listed by crisis actor theorists all tend to be the well known ones?

If these theoretical people have the skill and ingenuity to organise a hoax on this scale, they wouldn’t hire actors you and I can recognise. That’s beyond stupid, given the umpteen thousands of unknowns who could be utilised instead. On a related note, why would these famous figures even consent to work for such an operation in the first place? These are guys who are doing pretty well for themselves, who have a lot to lose.

And the revelation that they helped stage an attack or accident wouldn’t exactly do wonders for their careers.

2. No-one could cover up something this massive
Stop and think, just for a moment, about how large a conspiracy would have to be in order to pull off a hoax this massive. Think about how many people would need to be in on this conspiracy, from the guys at the top to the first responders, eye-witnesses, the police, the fire and ambulance services, and the actual actors themselves.

That’s a lot of people.

Even assuming you could get all of these people to play ball with this hoax, even assuming that they were all in place at the right time, even assuming none of them had a twinge of guilt and blew the whistle on the whole thing (and that, to put it mildly, is a lot of assuming), people still manage to fuck things up on a scarily regular basis. Humans are not perfect, and we make mistakes. For a hoax of this scale, all of those aforementioned people (who likely number in the hundreds) would have to do their jobs without making a mistake.

That’s a level of competence you just don’t see these days.

The US government couldn’t cover up Watergate. British politicians leave briefcases containing national secrets on public transport. The possibility for things to go wrong on a conspiracy of this scale is just too high for it to succeed.

3. We are pattern-seeking animals
Human beings are exceptionally good at recognising and registering the faces of others.

This is something we learn from a very early age, and it stays with us all through our lives. We can tell very quickly if there is something off about a face that looks not quite human enough, and viewing such a face can disturb us quite deeply. Let me give you an example: 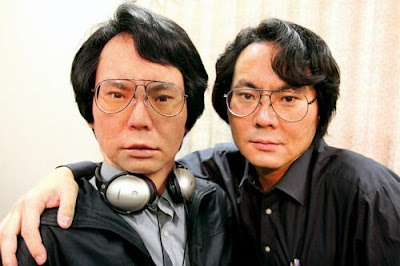 You can tell immediately in this photo which one is Professor Hiroshi Ishiguro and which one is his almost-realistic robot counterpart, Geminoid HI-1. One registers with us as a face, the other is instantly recognised as fake. In short, we’re really pretty good at recognising faces.

Perhaps a bit too good.

Michael Shermer has quite rightly pointed out before that human beings are “pattern-seeking story-telling animals”. We’re so adept at spotting human faces that we can very easily see them in non-human objects and items. This is a psychological phenomenon known as Pareidolia, and if you don’t believe me check out the following:

Those images are little more than a mishmash of shapes and squares, yet with each one our brains manage to interpret these random images into human faces. That’s how hard-wired our brains are to see similar shapes in the form of faces; we do it to the point where we can see faces where none exist.

This is why we notice consistencies in the faces of certain people, such as this painting of a nineteenth century French actor and Keanu Reeves. This is why crisis actor theorists are able to notice similarities between the faces of victims and the faces of people who are apparently actors posing as these victims. It’s similar to the reason why people see images of Jesus in pieces of toast, or why this bird looks a hell of a lot like Nicolas Cage.

Fuck. Maybe that bird’s an actor, too.

4. This is all conjecture, not evidence
Conjecture, according to the Oxford Dictionary of English, is “an opinion or conclusion formed on the basis of incomplete information”.

The event that we are discussing right now is still the subject of an ongoing investigation; the authorities are still piecing together the answers, so you can bet that Joe Public does not yet have all the information available to him yet. As such, any views are being expressed right now are not being made with all the potential information.

And the advocates of this particular conspiracy theory don’t have any.

So that, ladies and gentlemen, is the Boston Crisis Actors Theory. Hell, you could take the points I've outlined here and use them with any version of the crisis actors theory if you like. In the wake of tragedies such as the events of Boston recently it's only natural that we all want answers, that we desire an explanation for this senseless act of violence.

This need for a truth to bring answers to tragedy can lead us into the territory of conspiracy theory, however, and so if you're reading this whilst still uncertain as to what to think of all this I urge you to stick to the facts. We don't know everything about what has transpired yet, but with a bit of patience and adherence to the principles of scepticism we can hopefully come to a conclusion that explains what has happened.

Keep the victims in your hearts, for they were real people: they had families and friends, hopes and dreams. Thank the heroes who risked their lives on that day for the sake of others, who threw themselves into harm's way for the sake of their fellow man. Such individuals, be they police officer, paramedic or just a bystander who stepped up to the challenge, can remind us that even in the darkest of times people have the capacity to be amazing.

And don't listen to those who would tell you that none of this ever happened, that it was all faked. Such people spit on the memories of those who were killed and bring further grief to an already tragic event.
Posted by Unknown at 11:55