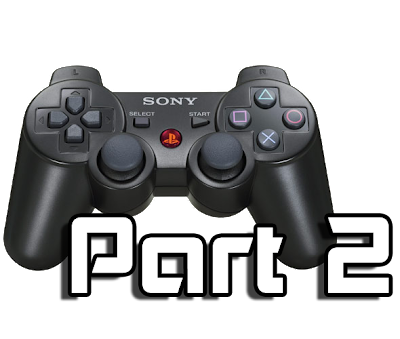 And we're back for round two of this series on video games that discuss religious themes, chums. Just as a reminder these posts do contain some spoilers, so if you're not wanting anything revealed about these games I would recommend not reading further.

BioShock is widely considered to be one of the greatest games of the last decade or so, and easily ranks up there as one of the best games period. A claustrophobic, creepy and extremely clever first-person shooter, it's a game that isn't afraid to be about something, to tackle big themes and issues in a mature, thoughtful and fascinating way that only an interactive experience can provide.

For those of you who've not heard of it, BioShock is for the most part a thinly-veiled satire and criticism of Ayn Rand's 'Objectivist' philosophy, which means that, for the most part, it's a game about philosophy and politics. Set in the Atlantic Ocean during 1960, it takes place in an underwater city created by a man named Andrew Ryan (like I said, thinly-veiled) as an Objectivist paradise. Ryan pursued this dream to the letter, aiming for a city where “the great would not be constrained by the small.”

All good on paper, but by the time the player arrives in this city, it's all gone to shit.

Oh, and the city is called 'Rapture'. Here's where religious elements come into play.

BioShock covers the topic of religion on several levels. On the surface there's the usual name-dropping and references; the name of the city itself is an obvious one, and the Biblical creation myth is referenced with ADAM, a plasmid that allows the residents of Rapture to perform superhuman feats... but is also highly addictive and the cause of many being transformed into monstrous beings called 'Splicers'. These Splicers, in addition to being creepy as all hell, can often be heard reciting biblical passages and singing hymns as they stalk the flooded halls of the dying city.

But this is just surface-level commentary, and BioShock isn't content just to stop there. It seeks an active, deeper discussion about religion and its many aspects, something one rarely finds in video games. Andrew Ryan is an atheist who seeks an Objectivist utopia, and it is made clear that he considers religion, particularly organised religion, an obstacle to this; in his introduction to Rapture he names the Vatican specifically as an enemy of his cause, depicting it as a thieving entity out to steal the toils of hard-working men in the name of god.

As such, religion is an unwelcome concept in Rapture, with holy books like the Bible banned. Yet despite its lofty ambitions, things don't quite go to plan; a two-tiered society begins to emerge in Rapture, the privileged with access to the incredible discoveries found below the sea, free to pursue their dreams and ambitions without oversight or restraint, and the less-privileged; the underclass who toil away to ensure the city continues to function, and who are repeatedly fucked over by Ryan's laissez-faire attitudes and desire for a society resembling an individualist's wet dream. 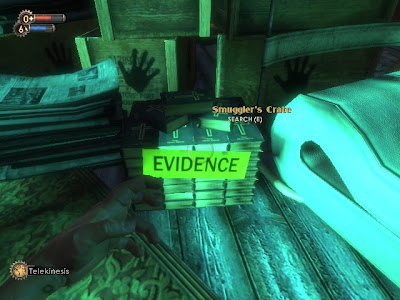 Blocked from gaining access to many commodities through legal means, a culture of smuggling flourishes amongst Rapture's underclass, and it becomes apparent that one of the items most commonly smuggled into the city are bibles; one can find them strewn around the city, particularly in the slum regions, and several audio recordings discuss them being brought in illegally. Ryan, naturally, is incensed, bringing in the death penalty against such smugglers whilst declaring that “any contact with the surface exposes Rapture to the very Parasites we fled from”, once again showing his vitriol towards religion and the religious institutions existing on the surface above (amongst other things, admittedly; Ryan has a major bone to pick with the US government and also the Soviets).

Here we see the game discussing issues such as religious persecution, and there's some deeper sub-text to all this that we can interpret. In Rapture, Andrew Ryan and his cohorts sought to create their vision of a perfect society, free from oppression and religion. In this, they failed; faith and religion found a way into the city despite their best efforts, as it provided solace and meaning to an underclass of the population they had failed. Attempts to stop this spread led to Ryan becoming the architect of religious persecution, executing those who smuggled Bibles and other religious idols into the city.

What this game has to say about religion, then, is that it is an intrinsic aspect of society whether one likes it or not; you can take it out of society, but you cannot take away some members of society's need for it.

I consider BioShock to be one of the best games I've ever had the chance to play through, ranking right up there with things like the Half Life series (give us Episode 3, Gabe), and if anything that I've just written sounds at all intriguing to you I urge you to pick up a copy and play it. It's easily acquired for a small price these days, what with two sequels on the market as well now, and I've only scratched the surface with this post in terms of what this game has to say.

It never ceases to amaze me that the game we shall be looking at next was ever even attempted, never mind published. A re-interpretation of a classic religious text, it's by no means the best game in the world but it certainly can be considered interesting.

Until next time, folks.
Posted by Unknown at 21:40