An Atheist on Death 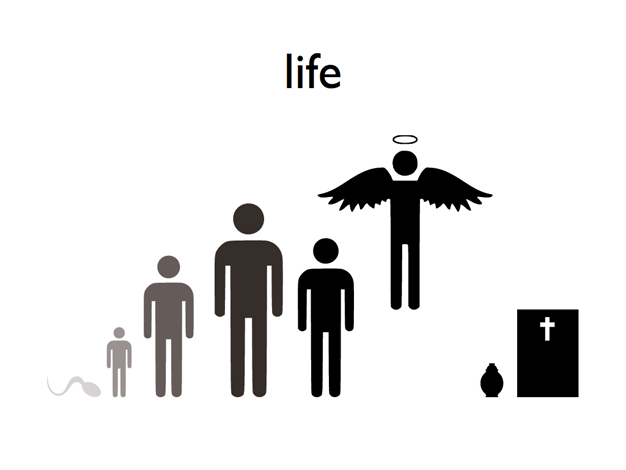 This is going to be a bit of a personal post, folks, just as a head’s up. If that’s not really your sort of thing, consider yourself forewarned.

Alrighty, then. Might as well just get stuck in.

Three days ago I was informed that my Great-Grandmother had died at the age of 97.

Such conversations are always unusual, to say the least; you can tell right away that something is amiss. The language they use is always strange, too. No-one says ‘death’ or ‘dead’; it’s always ‘passed on’ or ‘gone’ or ‘departed’. As if the relative in question’s just gone on a trip, a journey to someplace else.

I’m not a believer in any afterlife; when the curtains descend, that’s it. Game over. That's all, folks. No encores, no chance of a repeat performance in another theatre. For 21 years of my life this woman was present, a part of it. Now for the rest of it she will not be.

‘Sad’ is not the best way to describe how I feel about this affair, however, and ‘surprised’ is certainly not the word; gran was telling us for months since her friend died that she was getting rather tired of the whole thing, just a little bit fed up. Not to mention the fact that we’ve known for weeks that she’s not been herself. In the wake of her death, however, I realise something.

This was a woman who lived through both world wars. Whose husband served in the Second World War. Who lived a long and genuinely interesting life, her intelligence, determination and unwillingness to tolerate shit from anyone allowing her to do things many women in her time would not normally have been allowed to do. She got to watch her child grow up, marry, have children of his own, grandchildren and even myself, my sister and my cousins after that. She never suffered from any wasting disease, nor some onset of age that reduced her ability to think and reason; for her entire life she was far more intelligent than I ever will be.

We human beings go through life terrified of death and what it might bring; we’ve evolved to the point that we are consciously aware of our own mortality, and quite often it scares us shitless. It leads us to seek comfort in many different ways; lifestyle choices that will help us to live longer, the belief in afterlives and many others.

All of this, stemming from our fear of death.

Yet here was my grandmother, saying that she was a bit fed up with the whole thing.

Saying that she’d enjoyed her fill of life, and that she’d really like to just get the whole thing over with now. I realise now what a rare privilege that must be. Not to fear death anymore, nor to long for it, but to simply accept it.

It’s reassuring in a sense; my grandmother didn’t leave this life afraid, she was just tired of the whole affair. It’s strangely appropriate that she died in her sleep.

I am acutely aware that I will never see my grandmother again, but I’m also grateful that I will still possess my memories of her.

However brief our time together in the great scheme of things, it was worth it.
Posted by Unknown at 15:48

Email ThisBlogThis!Share to TwitterShare to FacebookShare to Pinterest
Labels: atheism