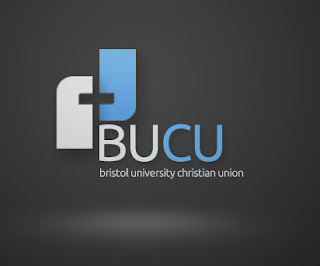 I really, really should be getting on with this essay, but this seemed pretty important to share.

In a reflection of the Church of England’s rather depressing recent decision to block the introduction of female bishops, Bristol University’s highly evangelical Christian Union has elected to ban women from speaking at their weekly meetings… unless accompanied by their husbands. One wonders how many female students in the Christian Union are married?

In an email released by The Huffington Post, president Mat Oliver states …

“It is ok for women to teach in any CU setting... However we understand that this is a difficult issue for some and so decided that women would not teach on their own at our weekly CU meetings, as the main speaker on our Bristol CU weekend away, or as our main speaker for mission weeks.

But a husband and wife can teach together in these.”

Naturally, the shit has hit the fan following this group’s attempts to cater to the more sexist, misogynistic elements of their number, with condemnation pouring in from numerous societies at Bristol University and Alessandra Berti, the Vice-President for Welfare and Equality at Bristol’s Union issuing a statement saying that…

“We have been made aware of a communication from the University of Bristol Christian Union, and we would like to assure our members and the general public that UBU and the full-time elected officers are investigating the issue further in consultation with the groups involved. In particular we will be making certain that our Equality Policy is properly adhered to in all cases.”

Given the nature of a University’s Equality Policy (I confess I’m basing this on the policy at my Student’s Union, though I suspect they’re not much different), Bristol’s Christian Union, who are affiliated with the Student’s Union and therefore subject to its policies, are likely to be in a lot of bother over this one; such policies outlaw discrimination based on (and I quote) “age, disability, gender reassignment, marriage and civil partnership, pregnancy and maternity, race, religion or belief (including lack of belief), sex and sexual orientation.”

All in all, it’s a tad depressing that a Christian Union, which are in my experience usually full of extremely reasonable and intelligent students, would choose to enact such a dated and discriminatory policy, but the criticism that’s pouring in already is pretty heartening. They can only get away with this sort of thing if they aren’t held accountable for it, after all.

I’ll do my best to follow this one pretty closely, and keep this post updated if anything new should occur.

I think I may have been too quick to simply summarise this story as 'the shit hitting the fan'; an ungoldy fucking firestorm has erupted in the last few hours, with nationally-distributed newspapers running articles on this story.

It seems that the Christian Union in question, despite advertising Facebook and Twitter as services they utilise and despite their accounts being live just a couple hours ago, have chosen to delete both their Facebook and Twitter pages. To be fair to them, this is likely in the face of an onslaught of criticism and denouncements, with the likes of Richard Dawkins chiming in with his condemnation of their activities.

No official statement from Bristol University's Christian Union in regards to this matter yet, as far as I'm aware, but I suspect they're in for a hell of a day when they wake up to all this.
Posted by Unknown at 18:44