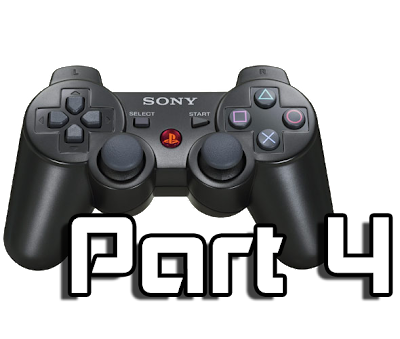 Been slacking off on these of late, so here's the next entry in this series on games that cover the often rather difficult topic of religion.

This one's a recent discovery of mine, and drastically different from the previous games I've discussed. Made in a week as part of an indie game challenge by a small studio called Wolfire, Receiver features some truly unique game mechanics and a covers a fascinating topic.

You see, Receiver is a game that allows you to experience what it's like to be in a cult. 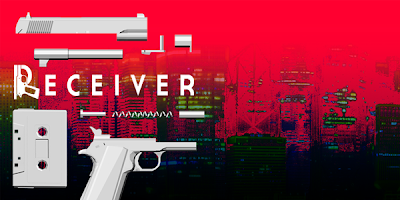 This is a game that takes a very subtle, minimalist approach to story, and I reckon it benefits from it greatly. You find yourself alone in a series of interconnected buildings and apartments with nothing but a handgun, a tape-player and a set of headphones. Scattered throughout this environment are tapes, telling you that you're special, that you have a great potential waiting to be realised. You see, you're what the beings speaking through the tape (oh, I did mention that they say they're from another dimension, right?) call a 'receiver', someone who is capable of hearing their message and has the chance to break free from the control of the Threat, another extra-dimensional race that has enslaved humanity through “media addiction”.

If you succeed in collecting all the tapes, you will become the first human to transcend to another plane of existence. The Threat isn't keen on this, and has released “kill-bots” into the area to murder you before you succeed.

It took me a bit to catch on to what the developers were trying to say with all this, but when the penny dropped it was a hell of a revelation.

Receiver isn't so much a commentary as it is an experience, and that's surprisingly rare in video games of this nature; it doesn't judge one way or the other whether the tapes are telling you a crock of shit or whether you really are a person on the brink of ascending to another dimension, instead just feeding you the information and letting you decide for yourself. It provides an insight into the mind of someone drawn in by a cult, the tantalising possibility that you really are unique in the world, that you have a destiny that will allow you to become greater than all others.

The nature of the gameplay helps to drive this idea forwards; you are alone throughout, with nothing but a voice on a tape-player as contact with other people. The enemies in the game are faceless machines, designed by the Threat to kill enlightened beings such as yourself. Just with this simple choice of design Receiver puts you in the mindset of a cult member, cut off and aloof from others, concerning yourself only with the words of your fellow believers.

The mechanics are a stroke of genius in-and-of themselves, but since that's not really the topic of discussion I won't dwell on them too much. Suffice it to say that I've played a lot of games with aspirations towards a “realistic shooting mechanics”, games that have millions of dollars pumped into their development, and Wolfire has topped them all with Receiver.

Cults are one of the scariest aspects of religion and faith, and so a game that can provide a means to understand those drawn in by such things is a valuable thing indeed. You can grab it on Steam or from Wolfire's website for just $4 at the moment, which is a steal as far as I'm concerned.

The gameplay is unforgiving, to say the least, but Receiver is worth playing just for the experience alone.
Posted by Unknown at 19:57