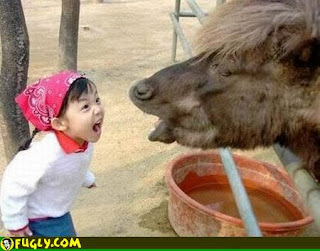 I didn’t want to get involved in this shenanigans. I’ve been doing my utmost to avoid the whole debacle that just seems to keep on unfurling regarding Freethought Blogs and the controversy surrounding alleged sexism at sceptical and freethought conferences. In part due to lack of interest and in part due to lack of understanding.

But this doesn’t seem like an issue that’s going to resolve itself any time soon so I figured I’d chuck my ten cents in on the matter.

So let’s get this controversy train a-rollin’.

I’m going to try and avoid getting into the nitty-gritty of the arguments and insults being slung back and forth between Team FreethoughtBlogs and Team Fuck Those FreethoughtBlogs Guys; people better versed in those conflicts have already written about them, and I wouldn’t be adding anything of worth. If you don’t really know what the hell I’m rambling about I’d recommend heading over to vjack’s blog ‘Atheist Revolution’; he has a number of posts devoted to the topic.

As an outsider looking in as all this mud gets flung about, I can’t help but feel that this is would make for a nice wake-up call for anyone naïve enough to think that freethinker types are somehow immune from the curse of petty tribalism and human stupidity. Looking at [some of the recent updates] I can’t help but feel that communication has really broken down at this point. No-one’s really talking about the issue in an attempt to resolve it anymore; it’s just name-calling and insults for the sake of it.

This is hardly behaviour that one would want to associate with people who pride themselves on being able to think rationally to the point of calling themselves freethinkers. The issues originally raised are important; it would be nice if people could re-focus and get back to solving them. But watching all this arguing unfold, I’m not really seeing many people out to solve the problem; I’m seeing both sides flinging insults back and forth and generally acting like children rather than academics and critical thinkers.

Debate within movements is good. It’s the lifeblood of ideas; it’s what generates new theories and keeps people interested. But you cannot call this healthy debate anymore; this is a divide that grows more serious every day, and it’s perhaps high time people started aiming to fix it rather than furthering it. All we’re doing is weakening our position and making the atheist/sceptic/freethought movement look silly and tribalistic on an international scale. This bickering has been going on for well over a year, now; it needs to stop.

Seriously, guys, can’t we all just get along?
Posted by Unknown at 02:25